Heaven fell to earth and needed a cocktail. Strolling along Xiangyang North Road in downtown Shanghai, it is hard to miss this large-scale mural with a sharp and playful edge. The 21st century is full of temptation – even the gods couldn’t resist the dark and magical atmosphere of The Broken Dagger. A sensory playground, TBD has already seduced the masses as one of the hottest must-go bars.

Can you resist the call?

The Orangeblowfish along with Geo Valdivieso created the bar's brand concept, visual identity and a distinctive serving ritual from scratch.  Kudos to hcreates interior design, to help bring this project to life. Geo, the founder, is a prominent Shanghai mixologist, who previously managed the bar backstage of Unico, The Captain, M1NT and UP Shanghai; the latter which was also under the creative direction of The Orangeblowfish.

“All gods are man-made.” This quote from Geo inspired our overall creation. Just like classic cocktails, all legends have their creators. In order to echo this concept, we introduced the ancient  image of a dagger  into the naming convention to symbolize the hero’s journey that often occurs in myths. And “The Broken Dagger” indicates that myths get spun and repurposed, intertwining old and new. Risen from the ashes of the old world The Broken Dagger represents the rebirth of fallen gods born in a new era. Its abbreviation "TBD" (to be determined) also expresses the unknown state of "to be determined". What is more unknown than the future of a night out? Past meets present, The Broken Dagger is full of old world charm and modern twists.
“ 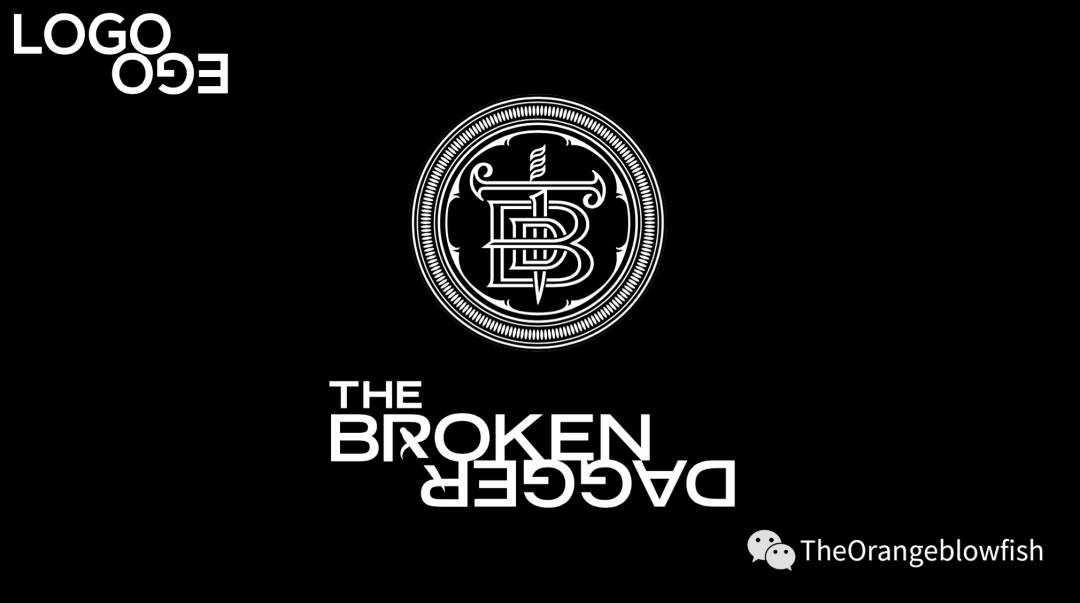 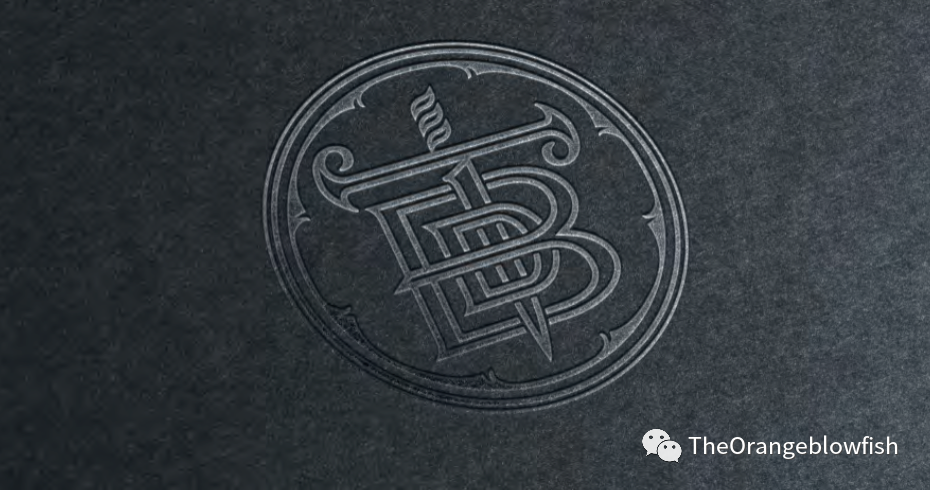 The "dagger" image runs through the logo design of The Broken Dagger. The T-shape is transformed into a sharp dagger that pierces the entire monogram. We reverse the word in black and white, and the "dagger" is opposite the upper and lower R words. One sword through the heart. 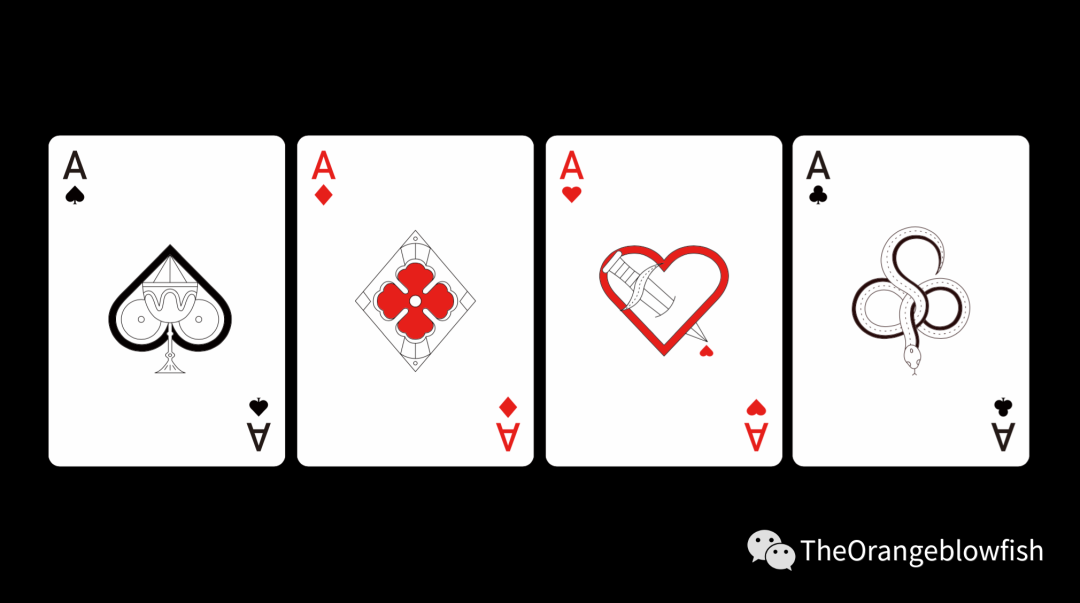 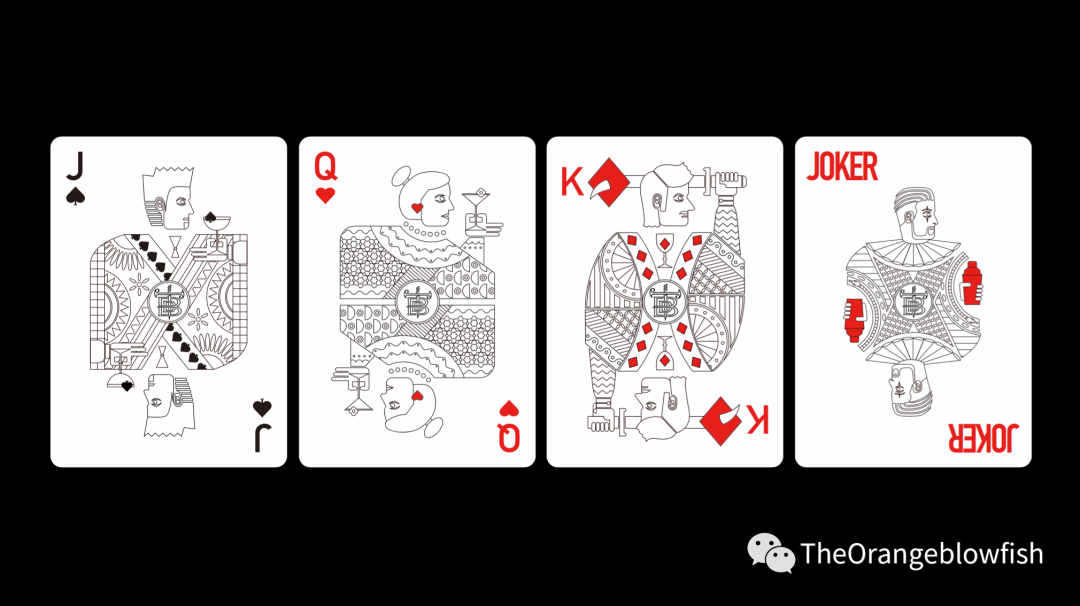 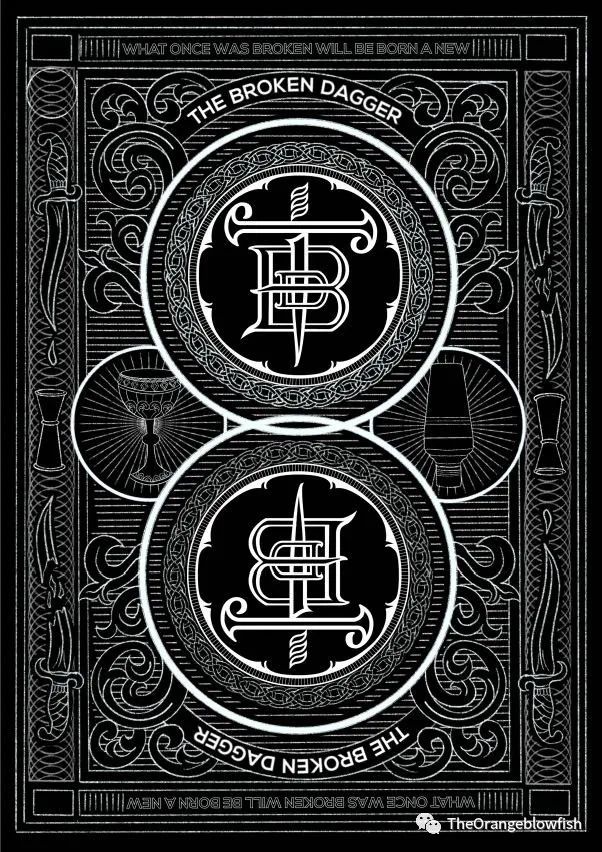 Inspired by the monogramed logo design, we applied a new concept to black and white playing cards as a great prop for people to use while drinking and socializing. The four suits on the front of The Broken Dagger playing cards are deconstructed into the "four elements" of the drinking ceremony: the Holy Grail  (♠), the shaker (♦️), the dagger  (♥️), the snake(♣️). These cards will also be brought to your table with certain drinks on the cocktail list. 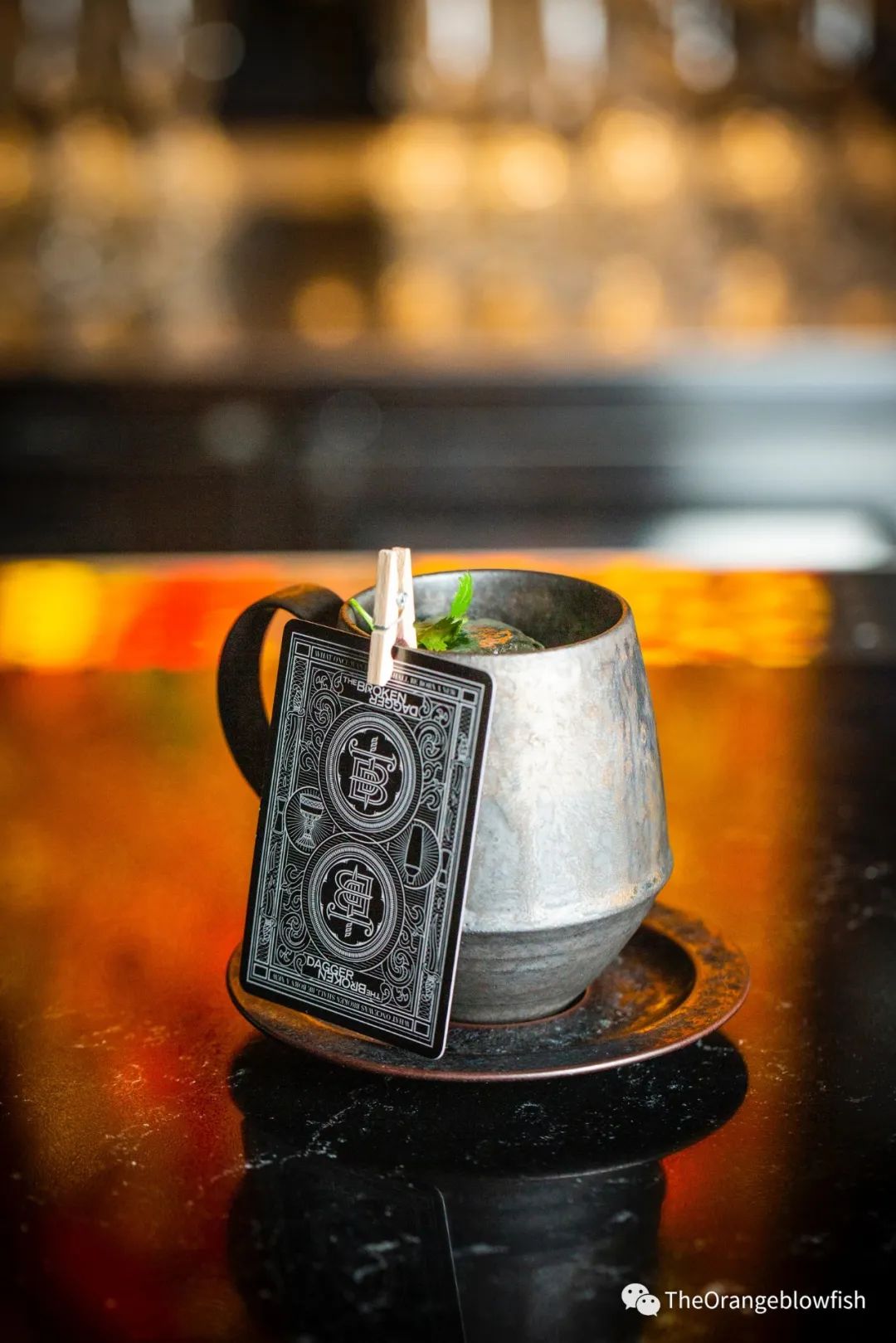 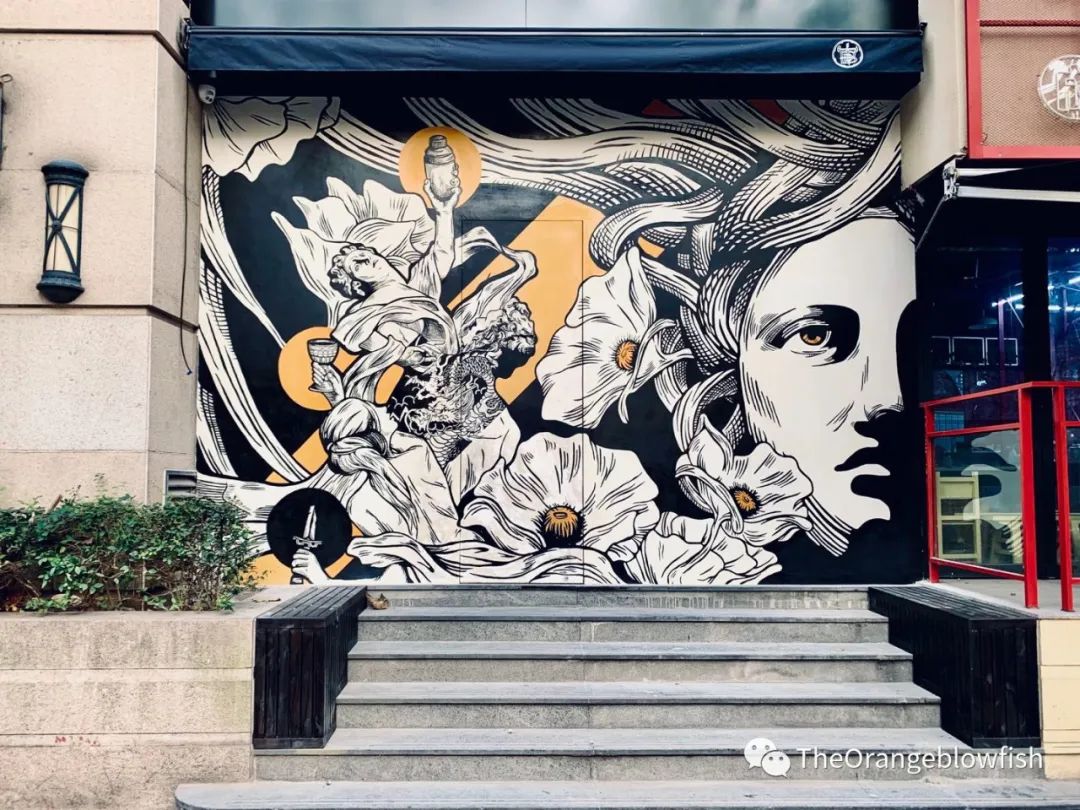 As the highlight of the whole project, the mural that hides the entrance of the bar invites you in. Push past Medusa's hair curse, legends of poppies, and the struggle between gods and men into ecstasy. You hear the shuffle of cups, the clinking of glasses, and excited chatter. A yellow flash provides the clue to an insider’s secret – blacklight illuminates the tattoos of revered statues inside. Enter a place where myths live and breathe in the 21st century.
“ Statue ” 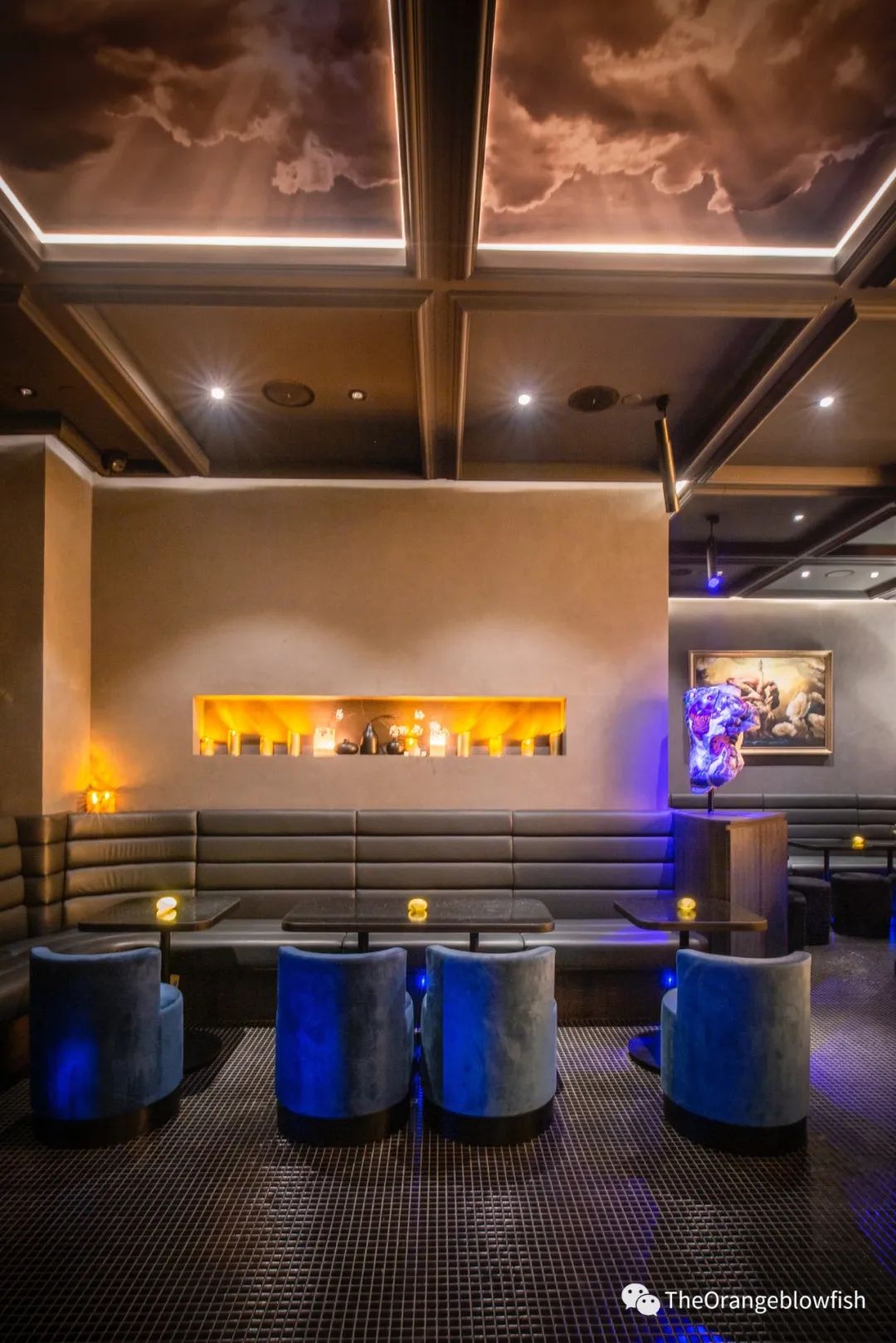 A bust sculpture of a Greek god with a broken arm sits at the front of the bar. His back is illuminated by a UV lamp with a chinese tiger tattoo, which mirrors the mural outside the door. Classical or punk? Worship or decadence? The story is up to you.
“ Stained Glass ” 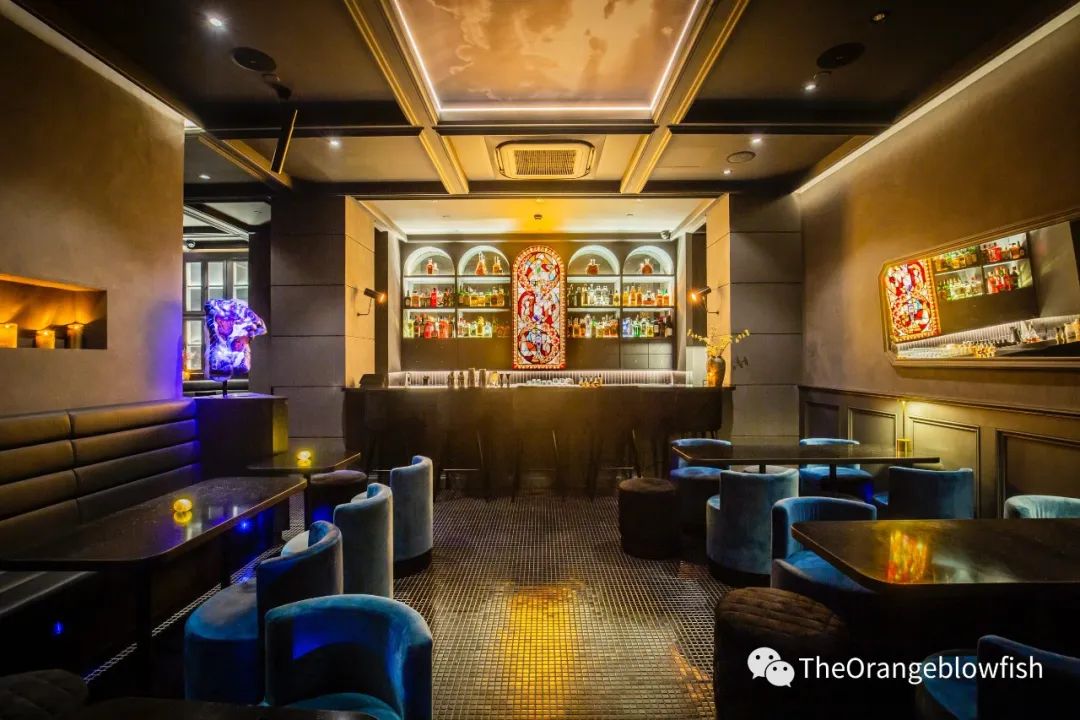 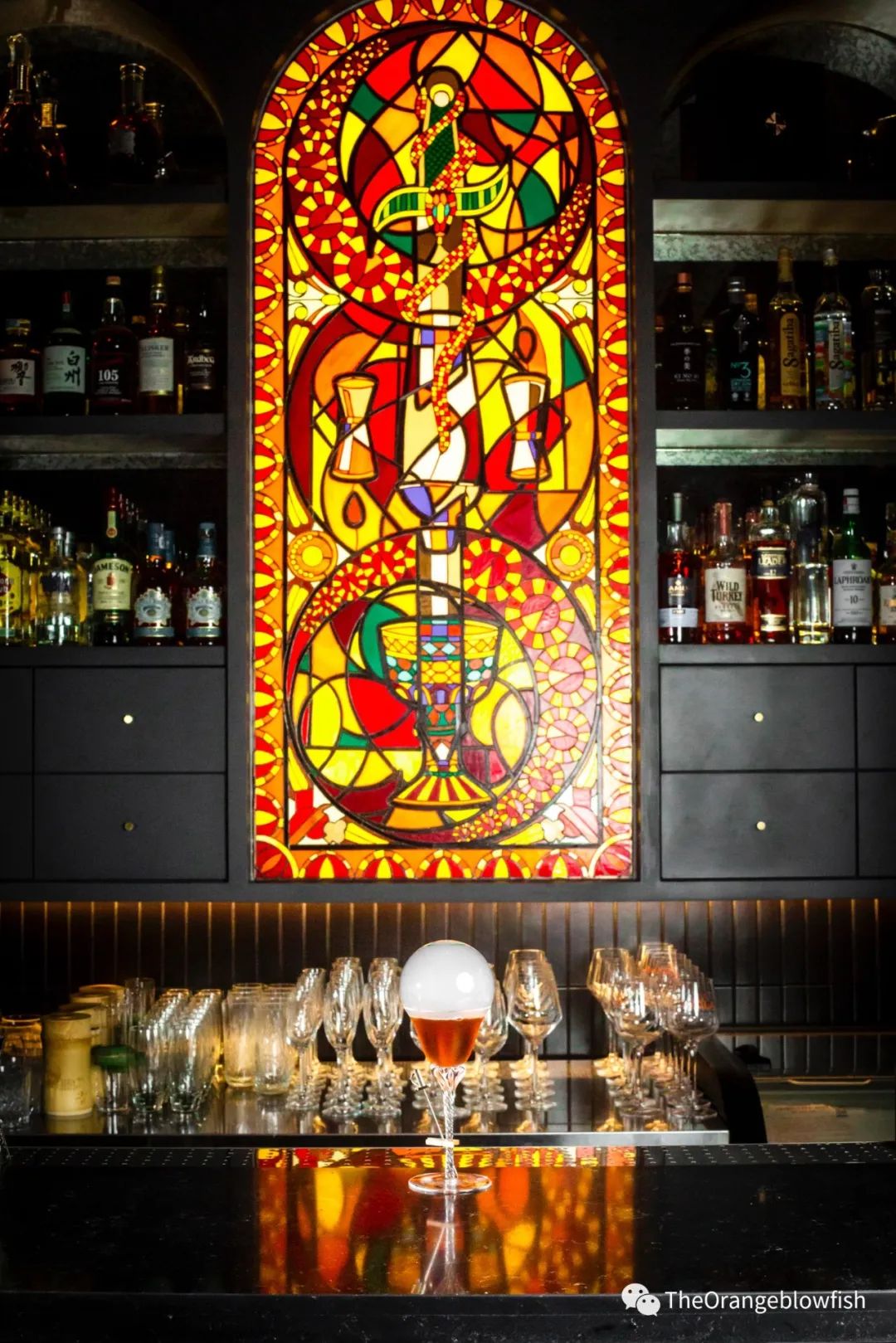 Ancient church decoration elements emphasize the metaphors of "altar" and "god" in the design concept. The "four elements" in TBD's exclusive drinking ritual: The Holy Grail, the shaker, the dagger, and the snake were once again deconstructed and reorganized into stained glass. 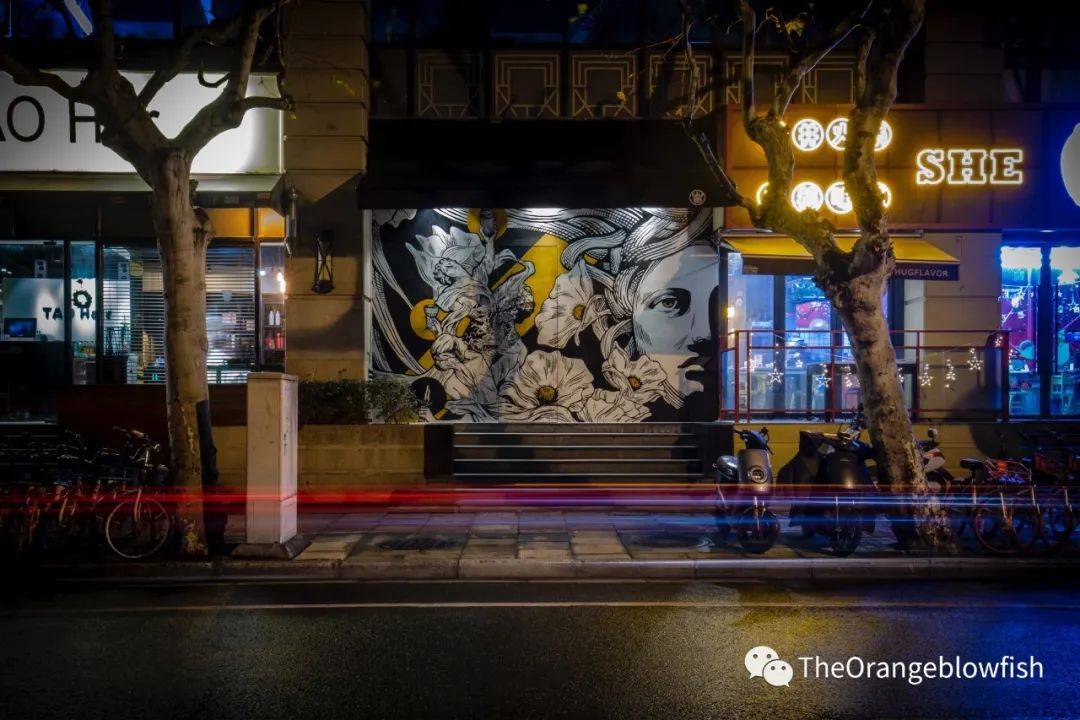 Night gathers, and the gods descend. In this dim and compact bar, The Orangeblowfish uses symbolic narrative to fill in the hidden details, ensuring that you will have unexpected discoveries and new surprises every time you enter The Broken Dagger. For this night and all the nights to come.

All legends have their creators. 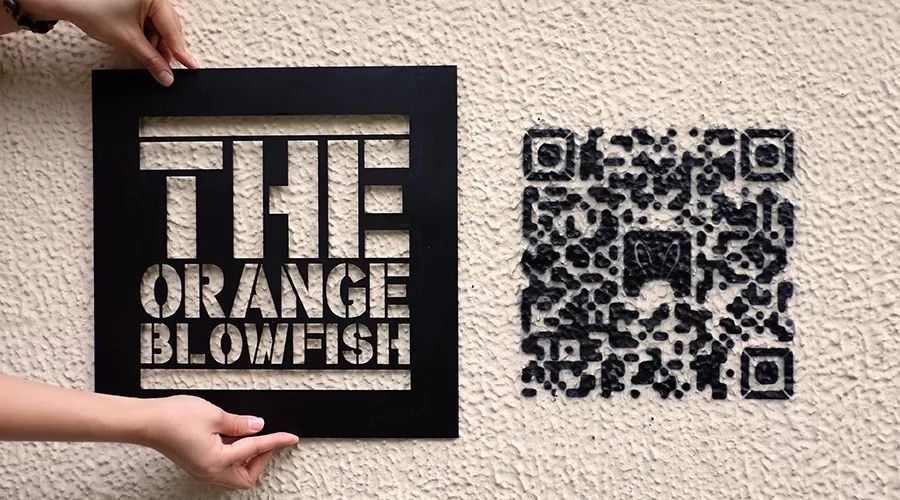