The cubs are caught in the spring storm. Their mother needs to keep them warm, but she is inexperienced and allows them to climb a tree. Up here, they have no protection from the elements. They are freezing. Finally, their mother seems to understand the situation and calls them down. Slowly, they make their way back to her. It’s been a cold night. But the mother managed to find them a sheltered spot. She has kept the cubs warm, and thankfully, they’ve made it through their first trial of life.

Question 1: What other types of robots did you see before?

What other kinds of robots did you see before?

What other types of robots have you ever seen?

What other kinds of robots have you ever seen?

Answer 1: Well, just the other day, I saw on TV that there’s a restaurant completely run by robots. When customers go to that restaurant, a robot takes their orders, and then a group of robots will prepare the food. It is crazy.

Question 2: Will many people lose their jobs because of robots?

Will lots of people lose their jobs because of robots?

Answer 2: I think that will probably happen. But actually, many people around the world have already lost their jobs because robots can replace them well. That’s why I think everybody should be learning new things all the time.

你认为我们生活中拥有机器人是件好事吗？
Question 3: Do you think it’s good to have robots in our life?

Answer 3: Generally speaking, I think so. They can help us save a lot of time. The best thing about them is that they can do many dangerous jobs.

Question 1: When did you go to the science and technology exhibition?

I went there on Sunday.

I went to the science and technology exhibition on Sunday.

Question 2: How long did you stay at the exhibition?

Answer 2: For about two hours.

I stayed there for about two hours.

I stayed there for around two hours.

For around two hours.

I stayed at the exhibition for about two hours.

I stayed at the exhibition for around two hours.

Question 3: Where did Tom see the restaurant completely run by robots?

He saw the restaurant on TV.

He saw the restaurant completely run by robots on TV.

Question 5: What is the best thing about robots, according to Tom?

Answer 5: They can do many dangerous jobs.

The best thing about robots is that they can do many dangerous jobs.

After we moved to a new town, my son Tom had to go to a new primary school. The day before we moved, we took him to his new school so that he could meet his teachers and classmates in advance. He enjoyed the visit. On the way home, he told us that he had invited some of his classmates to our new house on our first day. The moving day was a busy day. We arrived at our new house at noon, and the kids began to arrive soon. Seeing how busy my husband and I were, one of the kids invited Tom to his house to play chess. When Tom came back, he told us he had made many new friends.

On Monday morning, the doorbell rang just when Tom was about to leave for his first day of school. I opened the door and found eight boys waiting outside. The boy said, “We just came by to accompany Tom to school.” I felt touched after hearing that. 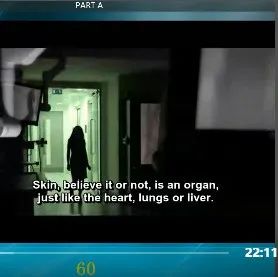