This is the official account of Southeast University (SEU). Striving for Perfection.

We gather at such a good time and usher into a wonderful new year. The New Year’s bell is about to ring, with the whole country to be immersed in the first sunshine of 2021. At this incredible moment to ring out the “Old Year” and ring in the “New Year”, on behalf of the school’s CPC Party Committee and government offices, we’d like to extend our sincere greetings and best wishes to all the faculties, students, staff, retired comrades, alumni both at home and abroad, as well as all the friends from all walks of life who have been always concerning and supporting the development of Southeast University (“SEU”).

Year 2020 was an extraordinary year, which has not only witnessed the decisive year for China to build a moderately prosperous society in all respects, achieve its first centenary goal, and win the battle against poverty, but also the year of achieving significant strategic gains in the fight against COVID-19. Furthermore, as far as SEU is concerned, Year 2020 also marked a crucial year to deepen its comprehensive reform in an all-round way, and the last year to accomplish all its construction tasks in the “13th Five-Year Plan” and the near-term goal of the “Double First-Class” construction. 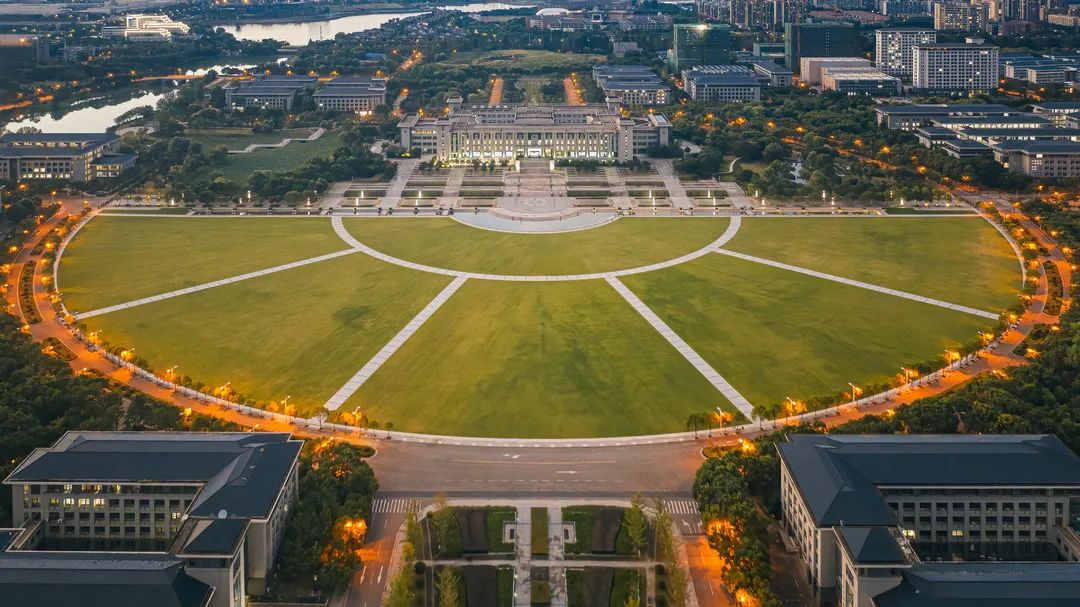 In this year, under the guidance of General Secretary Xi Jinping’s thought on socialism with Chinese characteristics for a new era, SEU has fully implemented the spirit of the 19th CPC National Congress and the 2nd, 3rd, 4th and 5th Plenary Session of the 19th CPC Central Committee, General Secretary Xi Jinping’s important remarks on education and the spirit of the National Education Conference, to consolidate and expand the educational results themed on “remaining true to the mission and keeping the mission firmly in mind”. Besides, SEU has been firmly grasping the socialist orientation in school-running, implementing the basic mission of fostering virtue through education, continuously highlighting the theme of “Year of Talents” in working, focusing on the key words of “fighting against the pandemic, pushing forward reform and ensuring the implementation”, and strengthening the starting point of “team building and work style construction”, so as to concentrate the efforts and shoulder the mission for the “Double First-Class” construction and the connotative development, thus bringing the school to a new level with novel achievements in both the comprehensive strength and school-running of SEU. 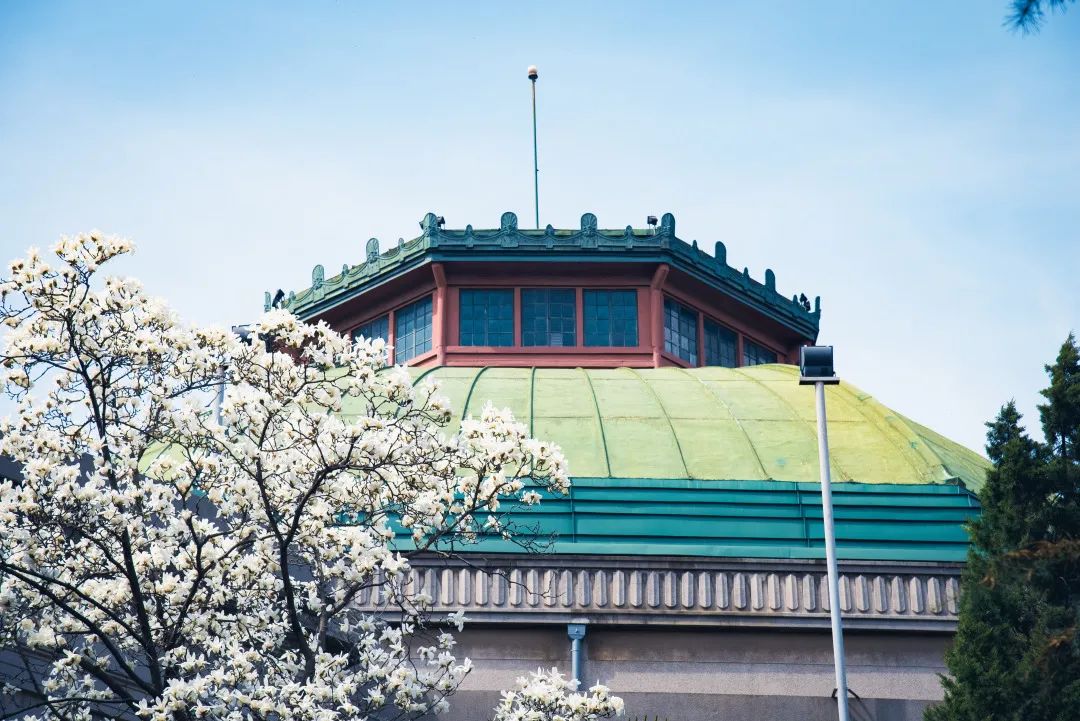 In this year, despite challenges by the COVID-19 outbreak, SEU has still conscientiously implemented the spirit of General Secretary Xi Jinping’s talks and instructions on epidemic prevention and control as well as the decision and deployment made by the Central Party Committee, persisted in putting life and people in priority, adhered to the general requirements of “strengthening confidence, helping each other, and adopting scientific and targeted measures against the epidemic”, and promoted the epidemic prevention and control together with the development of education in a coordinated way, so as to steadily and effectively carry out all epidemic prevention and control measures. Featured by high political responsibilities, SEU has responded in time with unified arrangements and scientific decision-making. Meanwhile, all departments and institutes concerned have coordinated effectively with joint efforts, and all faculties and students have followed the instructions and joined hands to overcome difficulties. Meanwhile, medical staff have launched an all-out war against the pandemic, making major strategic achievements in epidemic prevention and control. As a result, a number of national and Jiangsu advanced individuals in the fight against COVID-19 have emerged. 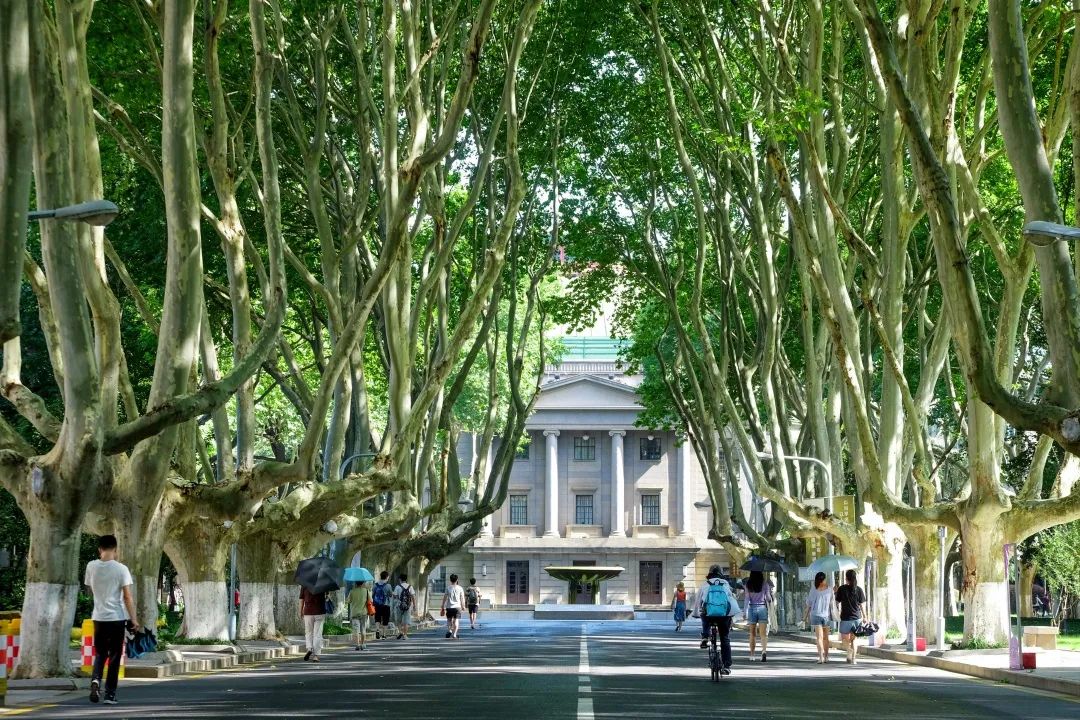 In this year, the Party building, along with ideological and political work, has been further intensified to reinforce the Party’s overall leadership over the school and keep to the correct political direction in school-running. A series of system documents such as “Suggestions on the Implementation of Several Measures to Strengthen the Political Construction of the Party in Colleges and Universities” have been formulated and launched to improve the school’s internal governance structure and Party building in all directions. In order to give full play to the political core role of primary Party organizations, the decision-making mechanism of the primary Party organizations and departments has been continuously improved. To achieve this goal, 32 primary Party organizations have been re-elected to screen optimal and leading members for these primary Party organizations. With the deepened inspection and rectification by both the central government and the school, the fourth and fifth rounds of inspection and rectification of the Party organizations of the secondary institutes have been completed with high quality, covering all college (department)’s Party organizations which provide undergraduate education. Apart from these efforts, given remarkable results in the pilot comprehensive reform of “All-round Education”, smooth progress of the school’s development planning of the “14th Five-Year Plan”, and increasingly enhanced construction of the campus culture, SEU has enjoyed an increasingly better environment for school-running with a constantly highlighted image as a beautiful campus. 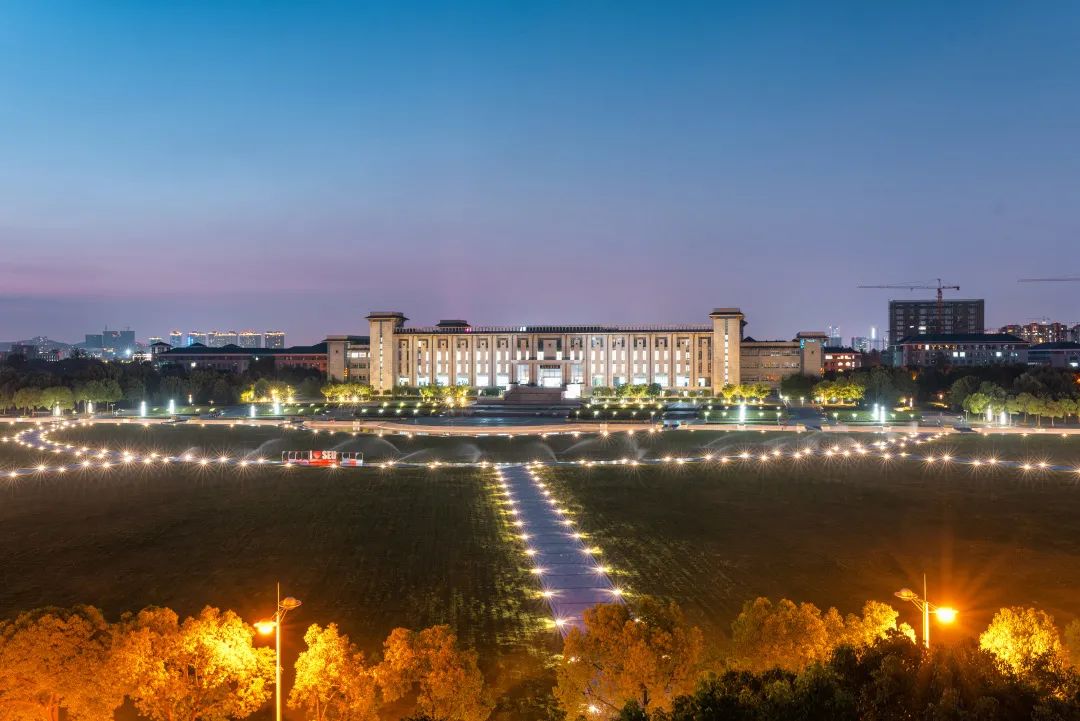 In this year, outstanding achievements in talent cultivation have also been witnessed. Persisting in the fundamental task of fostering virtue through education, SEU has thoroughly implemented “2020 First-Class Undergraduate Education Action Plan” and the comprehensive reform plan for postgraduate education, actively promoted the pilot reform of “All-round Education", and dedicated to building a new pattern for cultivating leading talents. SEU has completed the overhaul of 2019 undergraduate talent cultivation program, and began to thoroughly reform the cultivation mode of “three systems and five upgrades”. In terms of achievements, SEU had 49 approved national first-class undergraduate courses in the first batch, 1 approved key project of “Golden Course” construction and promotion platform plan of Chinese universities (a total of 5 projects nationwide), 5 new national first-rate courses of virtual simulation experiment teaching, ranked 4th among all universities in China, and 13 national “Emerging Engineering Education” research and practice projects in the second batch, ranked 3rd in China for the total number. In terms of talents, SEU also introduced 1 renowned teacher engaged in the national “Ten Thousand Talents Plan” and 1,322 doctoral candidates. In terms of academic accomplishments, SEU has worked out 14 excellent doctoral dissertations and 23 excellent master dissertations of Jiangsu Province, and 2 first prizes of Jiangsu Postgraduate Education and Teaching Reform Achievement Award, ranked 1st in Jiangsu Province. 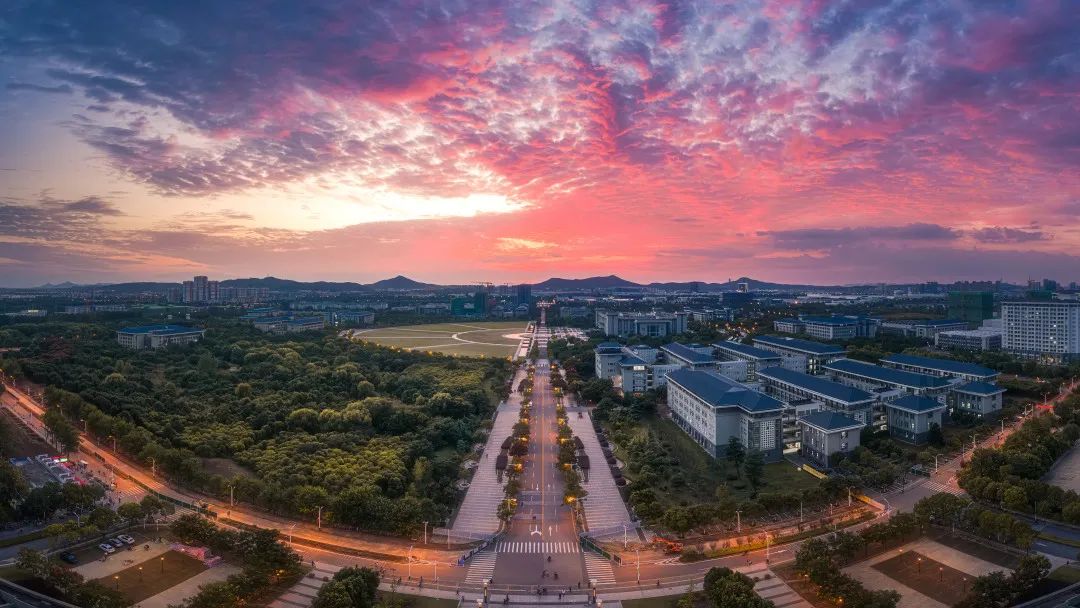 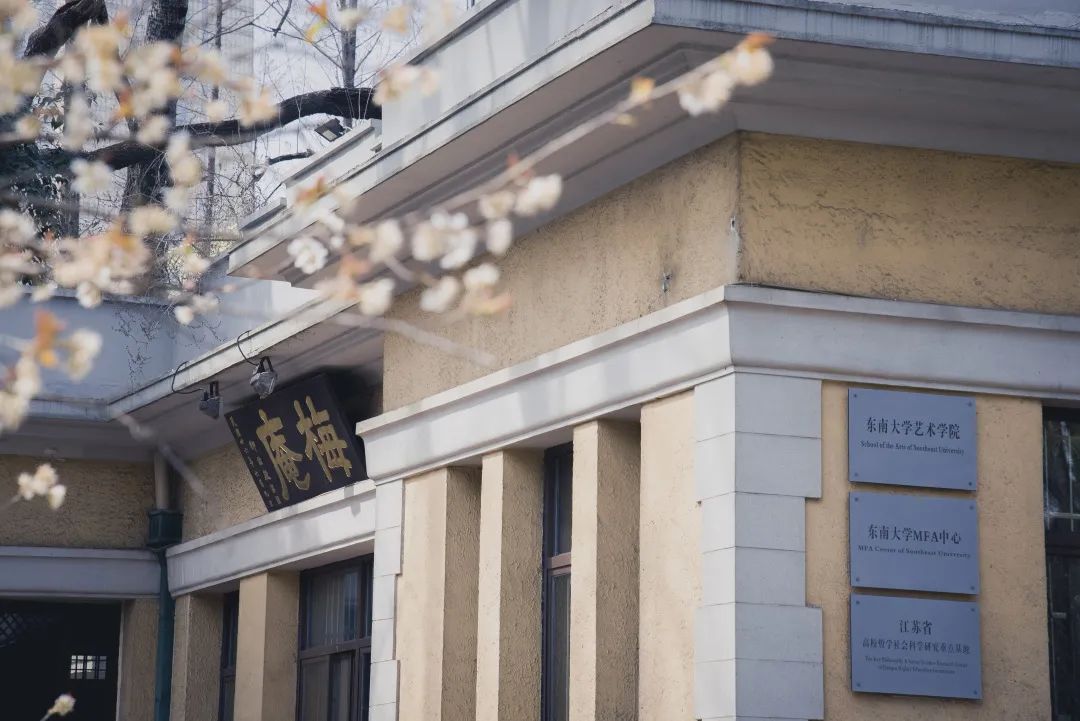 In this year, SEU has also made fruitful achievements in scientific research. The school continued to implement the “Originality Breakthrough Plan" in order to strengthen its strategic layout, system construction and organizational management mode of scientific research, thus constantly enhancing the school’s high-tech innovation capacity. SEU has taken the lead in winning a number of awards and approved projects, including 2 State Science and Technology Awards, including 1 first prize; 9 awards of the 8th Academy of Science Research Outstanding Achievement Award (humanities & social sciences) of Ministry of Education, including 2 first prizes; 33 Jiangsu Science and Technology Awards, including 5 first prizes, ranked first in Jiangsu Province; 1 prize for innovation in the 2nd National Innovation Award; and 9 first prizes of National Industrial First-Level Societies. Besides, SEU has featured 311 approved projects funded by the National Natural Science Foundation of China, including 3 projects of the National Science Fund for Distinguished Young Scholars, 7 projects of the National Science Fund for Excellent Young Scholars, 12 key projects, and 1 Major Instrument Project; taken the lead in 7 projects of National Key R&D Program of China with 29 projects supported by the National Social Science Fund of China. What’s more, SEU Human Rights Research Institute has been screened as the national base for human rights education and training in the third batch, the “Agreement on Supporting and Co-constructing Purple Mountain Laboratories of Network Communications and Cybersecurity” was signed, SEU International Innovation Center for Micro and Nano Systems was unveiled, and SEU was selected as the pilot university for technology transformation by the Ministry of Science and Technology. 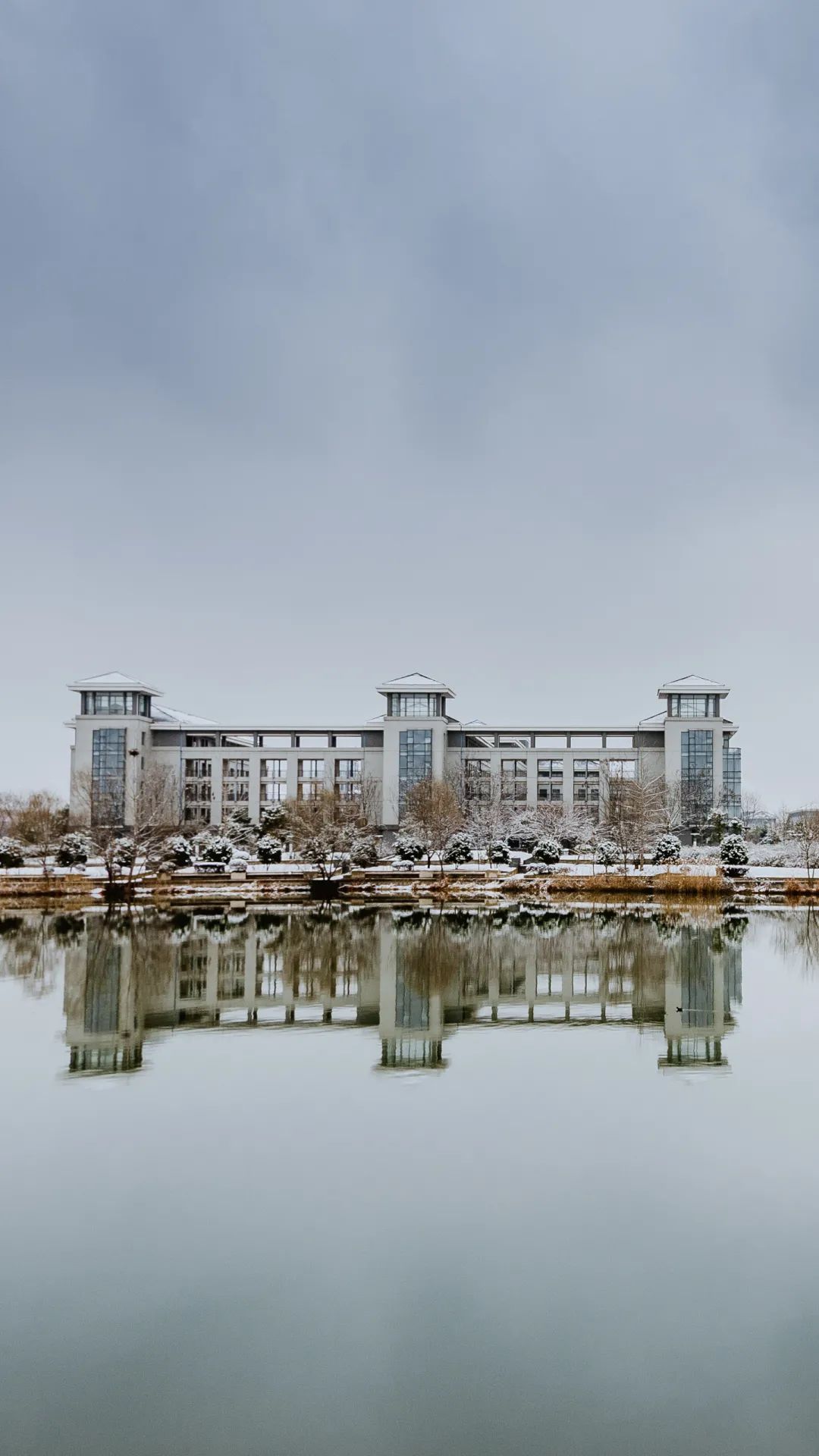 In this year, SEU has also made remarkable achievements in its disciplinary construction. SEU has accelerated its schedule of “Double First-Class” construction, optimized its discipline layout, and continuously promoted its connotative development of disciplinary construction, so as to complete the periodical summary and evaluation of the “Double First-Class” construction perfectly. Thanks to the implementation of “Academic Impact Enhancement Program”, SEU was ranked up to Top 101-150 globally by ShanghaiRanking’s Academic Ranking of World Universities, with 16 internationally highly cited researchers, the discipline of Molecular Biology & Genetics incorporated in ESI disciplines, the Engineering discipline ranked among top 0.01% in ESI Global Discipline Ranking, and the ranking of 13 disciplines steadily improved (the discipline of Engineering ranked 15th and the discipline of Computer Science ranked 11th). In addition, 12 disciplines were funded by the Priority Academic Program Development of Jiangsu Higher Education Institutions.

In this year, SEU has continued to expand its international cooperation. The school has insisted on pursuing the development through the international cooperative education pattern, implementing the “Excellent University Partnership Program” in depth and developing high-end international cooperation actively. For instance, it has signed the university-level cooperation agreement with five world-class universities, including the University of Cambridge. Both the colleges jointly run by Southeast University and Monash University as well as Southeast University Rennes Graduate School went smoothly, and SEU has made continued efforts in strengthening the construction of UK-China University Consortium on Engineering Education and Research, contributing to the successful hosting of 2020 High-end Forum and the Consortium International Academic Forum. Besides, SEU has also been approved as the “Innovation & Practice Base for the Cultivation of Globally Competitive Talents” by the Cultural and People-to-People Exchange Center of Ministry of Education, enrolling 2,255 foreign students, including 1,500 academic degree students, 56.3% of whom were postgraduate and doctoral students. 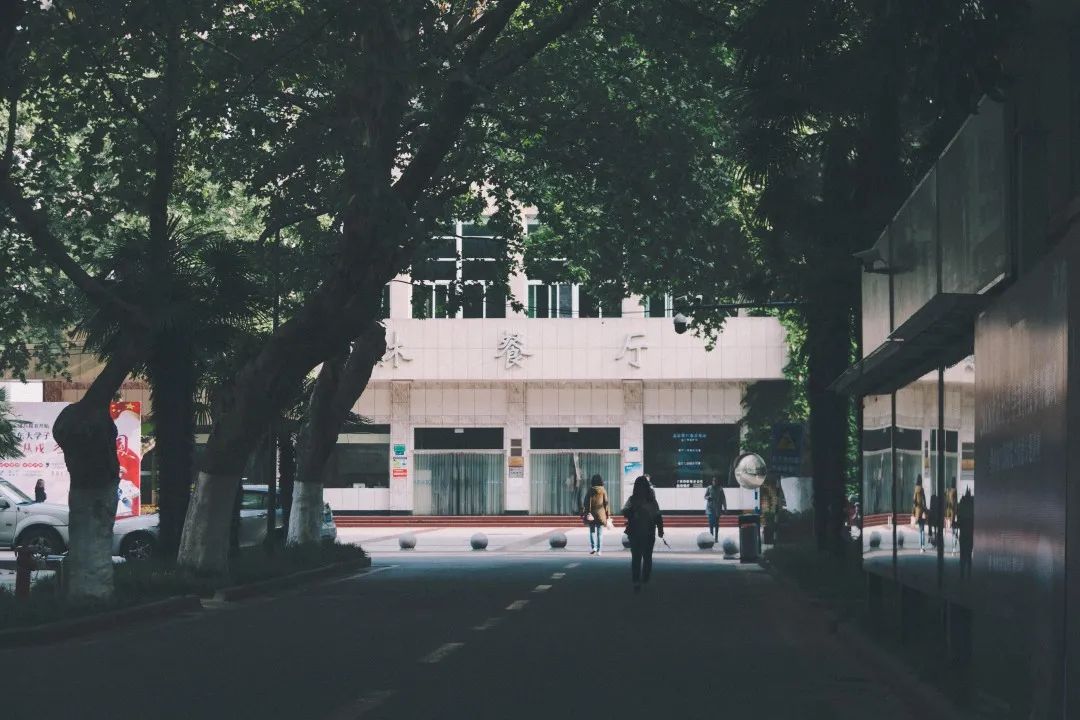 These achievements have not only represented the wisdom and painstaking efforts made by all faculties and students, but also indicated the struggling and dedication of all SEUers. On behalf of the school’s CPC Party Committee and government offices, we once again express our sincere appreciation and great gratitude to all faculties and students, retired comrades, alumni at home and abroad and friends from all walks of life. 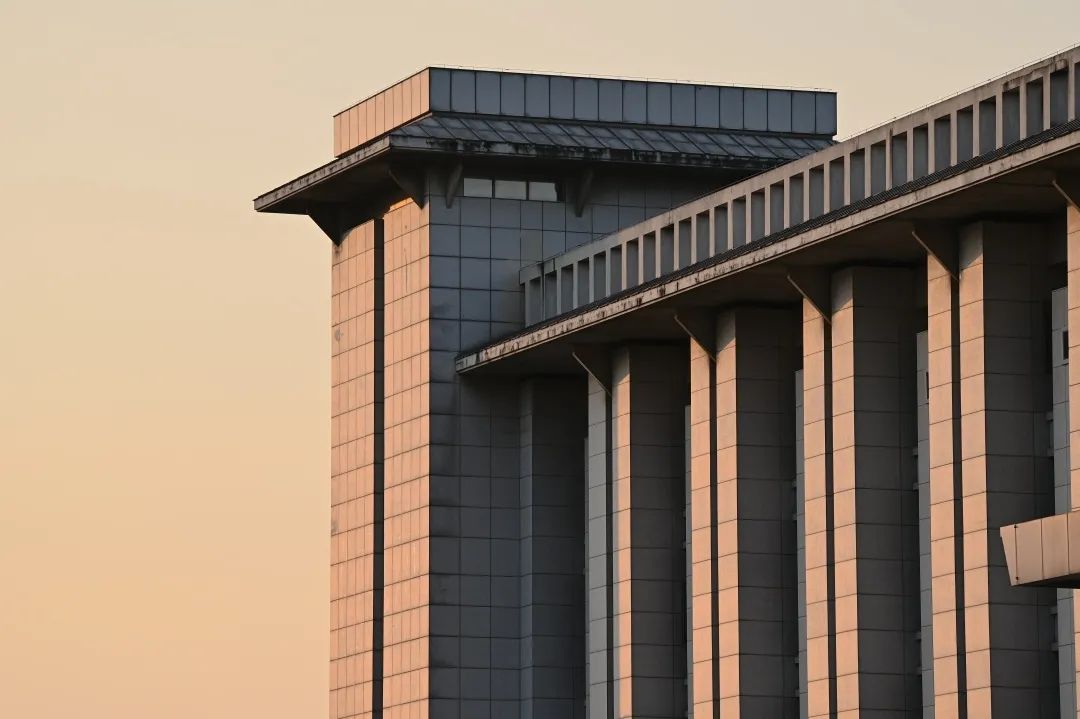 As the tides rise from SEU to the sea, let’s sail for the future. Year 2021, as the centenary of the Founding of the Communist Party of China (CPC), will not only witness the historical meeting point of the “Two Centenary Goals”, but also the crucial year for SEU to fully implement the “14th Five-Year Plan” and embark on a new journey to pursue the “Dream of SEU”. The time is just right for us to march forward. In the coming new year, we shall firstly follow the guidance of General Secretary Xi Jinping’s thought on socialism with Chinese characteristics for a new era and fully implement the spirit of the 19th CPC National Congress and the 2nd, 3rd, 4th and 5th Plenary Session of the 19th CPC Central Committee. Secondly, we shall strive to construct a new development pattern based on the new philosophy and stage of development. Thirdly, we shall strengthen the sense of opportunity and crisis, work hard to nurture opportunities in a crisis, and open a new situation in a turbulent one. By doing so, we can promote the quality development of “Double First-Class” construction, ensure a good start in the “14th Five-Year Plan”, and welcome the 100th anniversary of the Founding of the CPC with excellent results.

We sincerely wish all SEUers, alumni both at home and abroad, and friends from all walks of life go well with your work, achieve academic improvement, keep good health and gain family happiness! 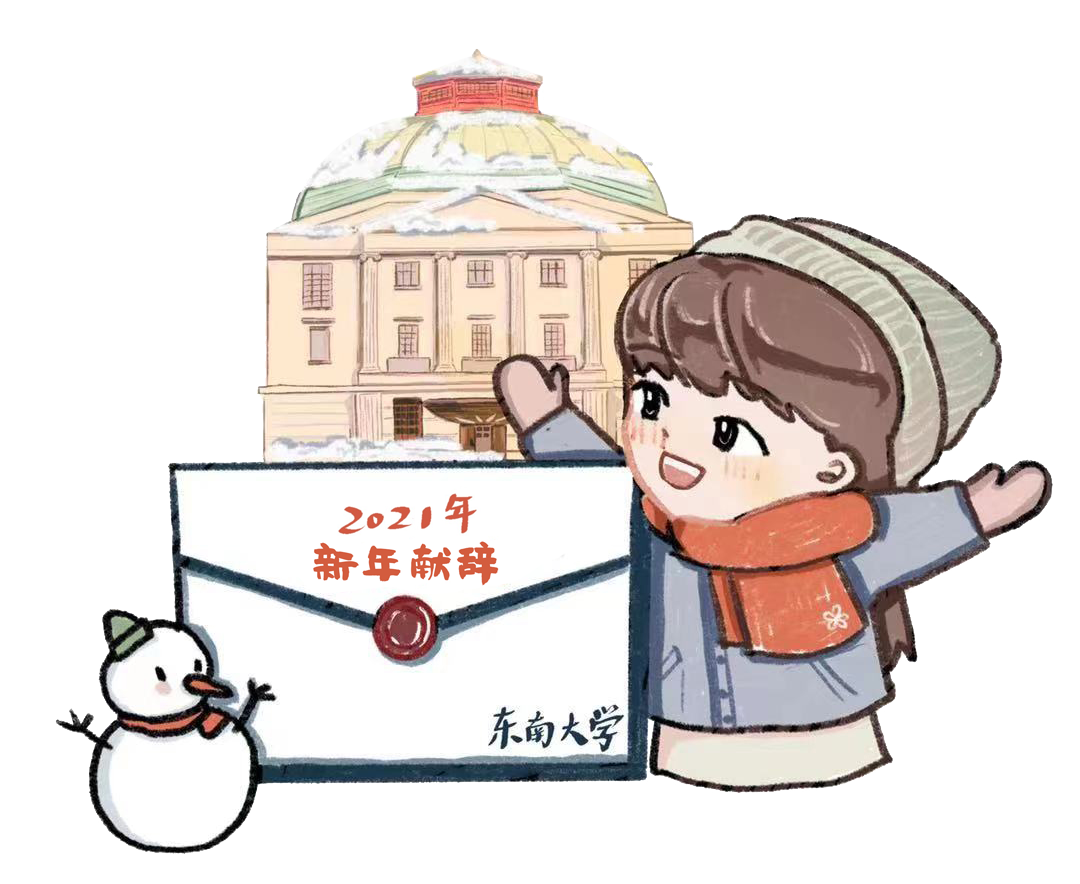 For reprint or any commercial/public use, please contact us. 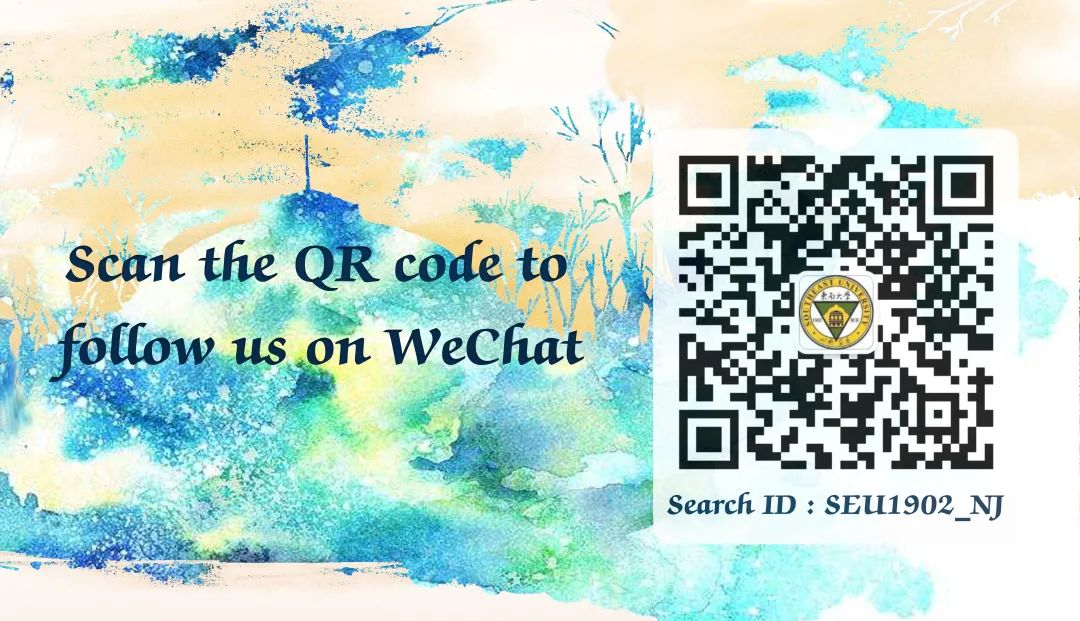