Ghana is not a hunger-stricken country

The Media must stop propagating falsehoods – Ghana is not a hunger-stricken country.

I had refrained from writing this until I chanced upon another video saying things about Ghana that are not true and I realized that until we speak, our country and continent will always be painted badly.

In difficult and trying times when everyone is solidarizing with the great nation of China, many friendly countries have extended their helping hand towards China. Not because China cannot meet its own needs, but as a sign of goodwill, a sign that we are all one – a united world fighting our common enemy, the novel Coronavirus. 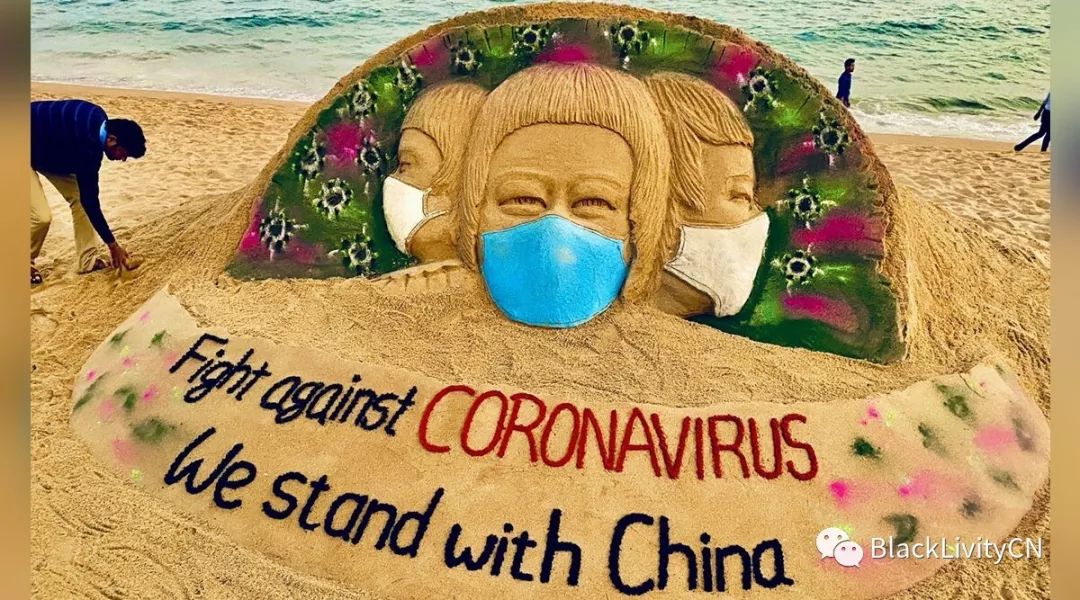 It is in this spirit that the West African country of Ghana, through the mayor of the Greater Accra region donated 10,000 N95 nose masks to the Hubei province where the outbreak of Coronavirus originated. 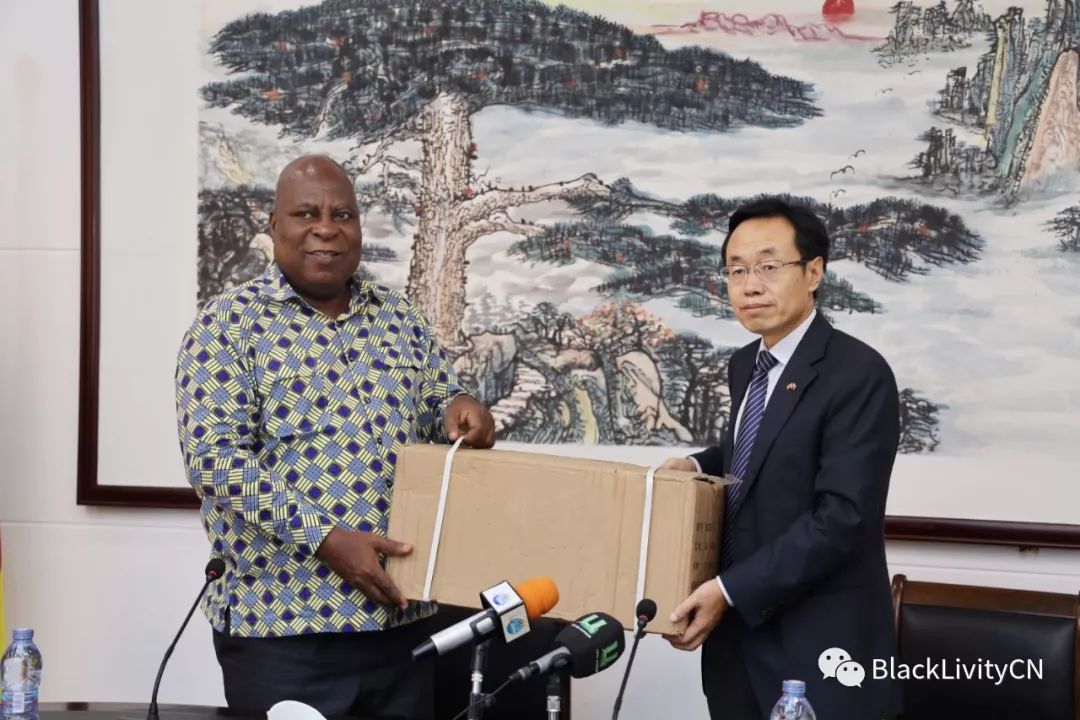 Quite unfortunately, in these trying times, the reporter who wrote the article, which appears on the Chinese embassy in Ghana's WeChat account decided to play the politics of defaming African nations and Ghana despite the efforts it has made to help. In reporting the news, the writer found time to include "但是，加纳作为非洲国家，贫穷落后，很多人还吃不上饭，能力有限" which translates to "However, as an African country, Ghana is poor and backward. Many people have no food to eat and have limited ability." 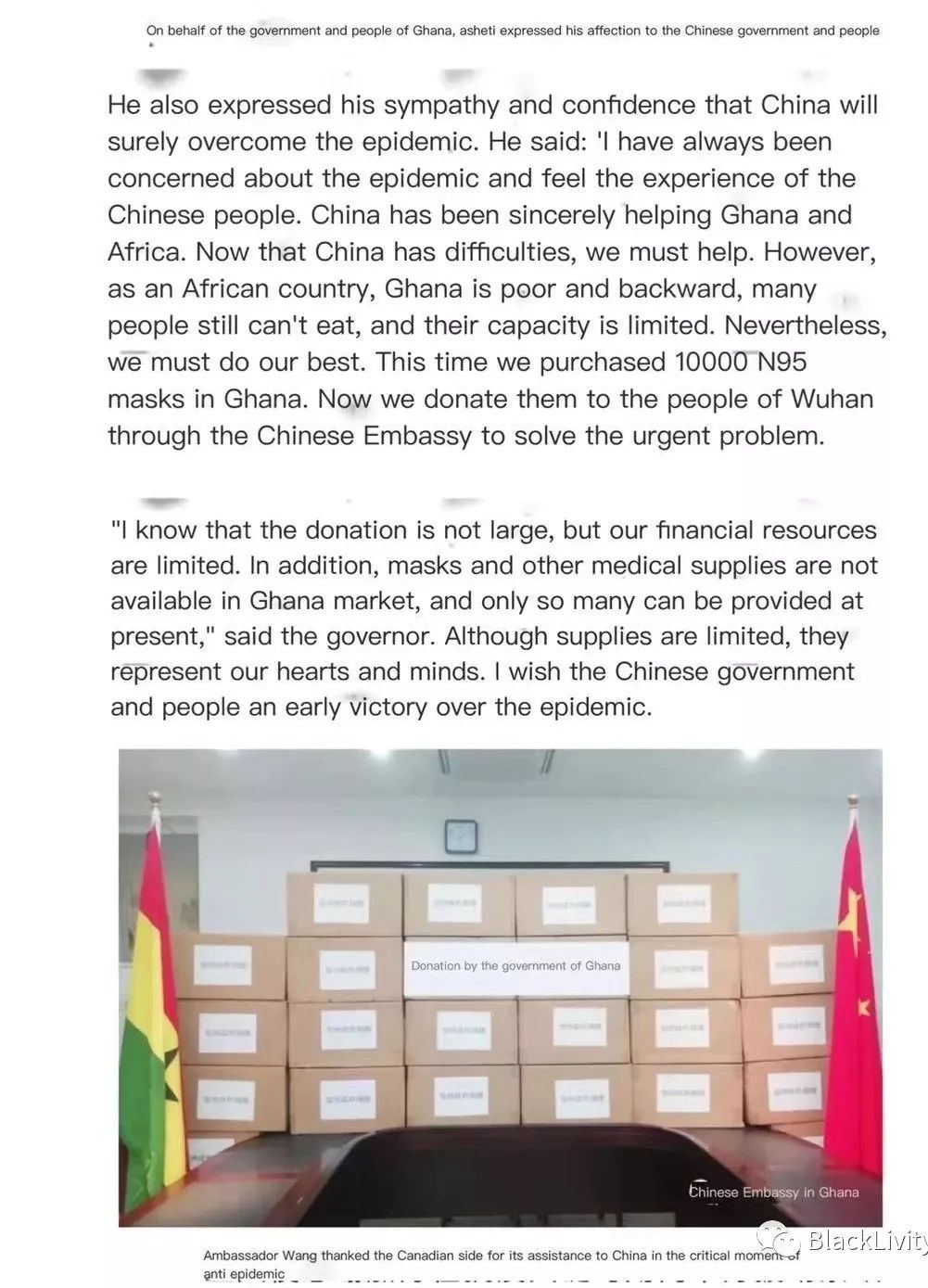 (The translated version of the original article - now amended)

One cannot help but think that this comment was ill-founded, motivated by prejudice, and casts a dent on the image of Africa and Ghana by propagating falsehoods about Ghana.

I initially refrained from writing this article because I thought it might be a problem with translation until I saw a video depicting the same thing the same writer wrote "Ghana is a poor country where the people don't get food to eat". In as much as there are poor people in Ghana, you don't take the story of some selected areas and depict it as representative of the entirety of the Ghanaian people.

(Examples of the videos on social media platform Douyin)

Would it be justified if I took pictures of rural areas and poor people in China, or took photos of a few beggars in the street of some cities in China and propagated it as the state of all Chinese people? The most disappointing thing about the video I saw was that the setting was not Ghana and the people in the video are not even Ghanaian.

What do we gain when we spread falsehood about a country? Does it make us feel any better? After we have spread that falsehood, what do we benefit?

(One of the other videos recently seen on social media. It has now been viewed and 'liked' by 1.2 million netizens)

As people who often get offended when someone spreads falsehoods about their nation, I was hoping that some of these Chinese reporters and social media users would understand that better. Spreading falsehoods about a country only results in resentment in those nations against the people spreading it. In such a time when nations need allies, this is certainly not a good thing. Let's take some lessons from this Coronavirus outbreak. Let's see how every part of the world is solidarizing with and praying for the great nation of China and come to the realization that we are one people found in different parts of the world and appreciate what each country is doing to improve the lives of its citizen. 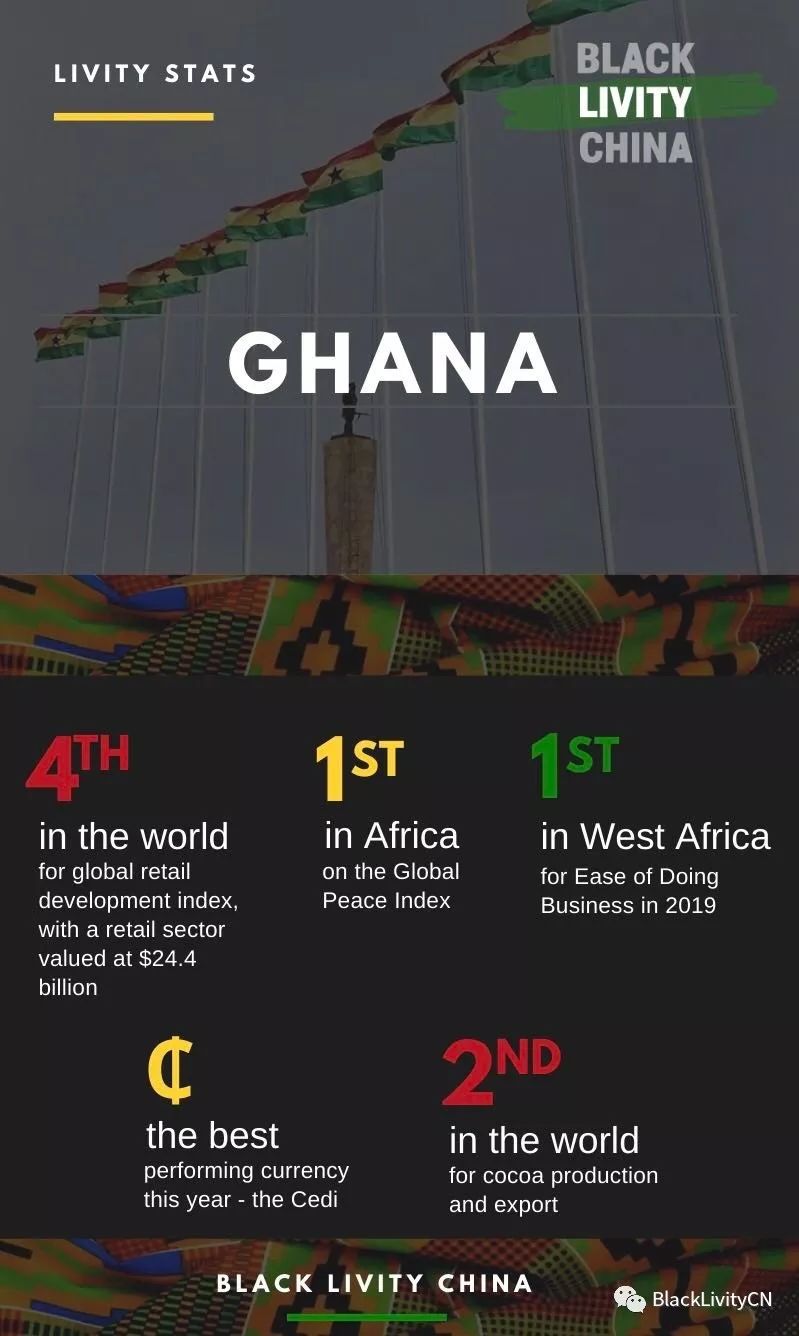 Just as there are campaigns around the world saying I AM A PERSON not a VIRUS, let's also understand that AFRICANS and GHANAIANS are PEOPLE and not POVERTY.

In closing, the video below shows the real Ghana that the Chinese media are yet to talk about.

If you have a story to share drop us a line on our official WeChat account (WeChat ID: BlackLivityChina) or send us an email to contribute@blacklivitychina.com